How am I at fault?

How is one to know then they are supposed to defend someone or not? I just don’t get it. Do you defend a friend when they aren’t being talked about? How? Do you randomly bring them up in a conversation? Why? But what’s irritating is that that person doesn’t even care about the situation. I guess you have to know the situation to fully understand it. And I’m not going to rehash it because frankly I’m over it and have moved on. The past is in the past.

Those of you reading right now that know me, know that I am not a confrontational person. I avoid it at all costs. I avoid and ignore, if it directly involves me. I’ll stew on it for awhile and get over it. That is how I deal with things. If I have that big of a problem with something, then (after some liquid courage) will I confront someone on something, but very rarely does that happen. So why would it be expected of me to automatically go outside my comfort area?

So for future, if you have something you want to take up with me and complain to me about myself please keep these points in mind:
1. Call, visit, or e-mail me. Do not try to converse with me regarding an issue via text messaging. I am not a fast texter, which ends up getting me more frustrated.
2. When you decide come to me about my faults (whatever they may be), don’t forget you have your own. I’m most likely aware of them, and I may even have a problem with them. But (see above) I avoid and move on.
3. Remember that we are not the same person and handle things differently. I am a behind the scenes person while you may be a center stage, in your face person.
4. Do not choose that “special time of the month” to decided to yell at me for my errors in life. Let the hormonal period pass, then come to me.

That’s all I got. Just had to get that out there and off my chest.

Words to Live By: Comforter

com-fort-er, noun:
1. one who gives strength and hope.
2. one who eases grief or trouble.
3. one who administers consolation.
4. Biblical: God’s Spirit
5. Personal: God’s Spirit who dwells in you.

The Comforter, the Holy Spirit whom the Father will send in My name, He shall teach you all things and bring all things to your remembrance, whatever I have said to you.
-John 14:26

The Lord does comfort. In the midst of my sadness and turmoil, I feel comforted by God’s loving embrace. I can sit in the corner and pity myself, but I still for the presence of my Father surrounding me. Not only does the Lord comfort me, but He puts people in life that also comfort me in ways that he cannot; like a physical hug, and spoken loving encouraging words. I praise and thank God for being the ultimate Comforter of mankind and of me.

O my Comforter in sorrow.
-Jeremiah 8:18

Who likes a self photo?

Yep, I’ve got more. I really like this picture of me. And for me to actually say that is big! I was getting ready to leave to go to Monument. 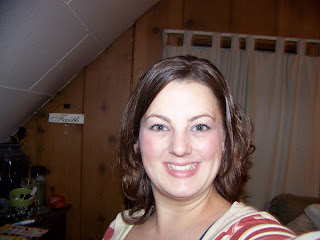 This past Saturday before I went to the Guys’ House for BBQ and a movie. I thought I looked good! 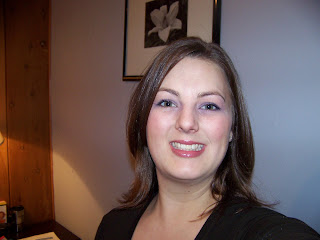 Changing of the Job Status

I really don’t like my current job. I’m not going to say who it is with, but they are the world’s largest single site cheese manufacturer. I’ve disliked it really since I started there, but I’m such a pushover I stuck with it. Well, I don’t know if pushover is really the word, maybe I was just determined to make it work. After a year and a half my determination has not worked. So I’ve moderately seeking other employment that has much more potential to be either a) what I truly want to do with my life, my passion which is event planning, or b) something that I enjoy doing that pays decently with room for advancement within the company. I thought that my current employer would be a great place to advance, but after 3 failed attempts it is clearly not working. Mind you, these are failed attempts where it would come down to me vs. “someone else”, and “someone else” had slightly an edge over me. My mom kept telling me that “God has a plan for you either there, or for you to wait there while something else becomes available somewhere.”

This brings us up to December. I was mindlessly searching online for positions in the area that were of interest of me and I came across one. Angels sang a little in my head, I had found my dream position. a) a government job with the City of Modesto as their Events Coordinator (see above dream job), b) pays extremely well, like so well I could someday in the fairly near future be able to purchase a house, and c) God’s timing, found position online on a Tuesday, it closes the next Monday filled out application and updated resume Wednesday, had a friend proof it Thursday morning before she flew out of the state in the afternoon, had it in the mail that same afternoon. God is great! A couple weeks go by and I receive a notice that I have an interview a couple weeks later. Panel interview happen. A little over a week later I receive a notice on how I scored in the interview and that IF I make it to round 2 I’ll hear later. God is definitely testing patience by this point. Another week plus go by and I find out that I have a written exam on Valentine’s Day. Praise the Lord I made it to round 2! The test happens(1 hour, 2 essay questions), with the help of the Holy Spirit I remember incidences that have happened to me in past experiences that helped me with the answers to the exam, feeling much more confident than I did when I started it. That was 3 weeks ago and I haven’t heard anything. Of the 5 of us that took the test they will narrow it down to 3 for another round of interviews, this time with the Director of Parks and Rec. I’ve called a few times to find out what the status is, they are unable to give me information, not out of confidentiality, but out of they haven’t done anything “We have a lot going on with other open recruitments” as I was told. God continues to test patience, praise God for His grace.

Which leads us to present day… A long time friend and neighbor of mine was working with my part time since moving home from Chicago. She was also looking for other employment and had a few leads. But she had a “backup plan”, which was with a good family friend of hers at a very well known chicken manufacturer. Being that she was offered a job with her first choice she declined her “backup”. BUT, I also work with her sister and best friend (she’s just in a different department of the company) who then told me that if I was interested in the “backup plan” she’s pass my info on to the family friend. I was contacted the next day, e-mailed my resume, and now have an interview with this company this coming Monday. Now, this position doesn’t pay as well as the City job, but it pays better than what I’m currently making (really, it’s not hard to beat). And within 6 months I’d be advanced a step or two to a Jr. Buyer from Purchasing Clerk D. The HR recruiter is very nice on the phone and seems excited to interview me. I think that I’m more experienced than what they originally intended the position to be, but she’s excited that I have a college degree as that was a desired qualification.

So now, I ask for prayer and continued patience. I really prefer the job with the City, but I can’t pass up opportunities for other positions in the meantime in case it doesn’t happen with the City. But I don’t know what I’ll do if I have to accept before knowing for sure with the City. So maybe pray also that God will light a fire under the City’s butt to get a move on with the position I’m applying for. Oh, I forgot to mention that the City wanted the position filled by the end of February… That’s I’ll I’ve got for you. Please remember me in your prayers. If you have any advice for me please pass it on. Thanks!

Why can’t I just be happy?

I feel not like myself lately. And I don’t like it. And I don’t know what’s wrong with me. Before when I was not happy (for days not weeks) I would at least felt content. Now I don’t even feel content. I am easily irritated, bitter and annoyed, by stupid things. I hate feeling this way because I know that my spiritual defenses are weakened, and the devil works when people are weak. I just pray that God will help me through this and keep me strong. Please pray for me as well…